“Hi Ken, great to see you again. Take a look at what we’ve been working on. We’re really excited about it! Do you have a moment?”

That was often the start of our recent visits with Ken Crawford, past Oklahoma State Climatologist and Oklahoma Climatological Survey Director. Just two of the titles Ken has been known by in his career. Along with director of the climate survey, Ken was also a University of Oklahoma School of Meteorology faculty giving him the opportunity he loved, to teach and guide students.

Earlier in Ken’s career, he was the National Weather Service’s Oklahoma Area Manager aand Norman Office’s Meteorologist-in-Charge when the 1984 Tulsa flood brought unexpected death and destruction to Tulsa communities. That event inspired him to find a way to supplement radar data with rain gauge data. He envisioned a network of real time weather stations reporting data quickly and continuously to provide the information meteorologists needed to alert people to dangerous conditions.

In the late 1980s, Ken led a group from OU and joined with Ron Elliott, leading a group from OSU, that came together to make the Oklahoma Mesonet a reality. So many folks have worked to make Mesonet what it is today, with Ken and Ron as the team leaders, the flag bearers.

More recently Ken was Vice Administrator at the Korea Meteorological Administration in South Korea. There he played a key role as Korea strives to reach its goal of being one of the top government weather services in the world.

Yes, Ken was a busy man. A man on a mission as scientist, mentor, team builder, negotiator, advocate, encourager, visionary. Yet, he took as much time as he could to connect, to listen to others.

What made Ken special was his ability to envision an outcome, collect the resources, and build a professional team to make that outcome a reality. Ken was a true mentor. He didn’t prejudge a person. He did challenge them to prove their professional metal. He encouraged each one to use their talents to achieve, while keeping a firm footing in weather and climate science.

“Ken we’ll miss our time with you, miss showing you all the new things. Rest in peace, dear friend.” 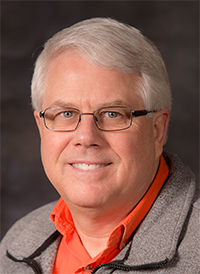